Even before the new millennium arrived business methodology changed. Possibly driven by changes to tax allowances, employing salesmen and women in cars, declined. The business lunch died because of similar changes. Business looked for a new way to make contact with new customers and suppliers without too much expense. As always the Maidstone Chamber of Commerce and Industry, under long standing President, Alan Reading, looked for new ways to make it easy for big and, especially for small business to meet.

There were already social events, but something was needed that addressed the real business issues. The Chamber's Chief Executive at that time was a habitual socialiser, so it wasn't long before the best from socialising was put together with the needs that businesses had to find potential customers, see if there were any local suppliers and generally mix with like minded business people who could also help resolve and overcome difficulties through related experiences. Often specialists were at the networking meeting on hand, willing, ready and able to provide free, uncomplicated guidance.

Very quickly business networking was born by the Maidstone Chamber in Mid Kent. Once a month up to 140 individual businesses turned up for free networking at the Mid Kent College canteen run by Alan and organised by the Chief Executive and his team. It was an easy way to meet so many different businesses in one place in a short space of time. A short time after Alan (on behalf of a client) helped brring speed dating to Kent too!

The requirements of business networking are still very much the same as they were then, with the exception that everyone has far less time that they have ever had before. There are those who might say that the www is the way to go, for some it is, but in reality many of us are people who like doing business with another person, not an electrical device.

Thankfully if you go networking there are still many styles available to you, different flavours, and of course not everyone enjoys every style. If you are keen on getting up early and networking before the day has begun, the there are several breakfast types: one where you'll pay around £1,000 a year for local membership and food, you cannot belong to any other group, you have to bring in a certain level of referrals for all the other attendees and you can only be absent from 3 meetings a year, so if you are a believer in discipline then this is the one for you. Other franchises from abroad are less dictatorial but structured with membership required. Locally there are at least another 3 breakfast sessions, some with membership, some just pay a premium for the food. Another successful one is every two months, no membership required but a price that covers the list of attendants provided.

The Kent Invicta Chamber runs events not just across the county but in each area to encourage rural involvement. In Maidstone it is Kent Invicta (Maidstone) who worked with Maidstone Borough Council to create a new Business Champion, Steve Goulette who has also just run his first morning networking event. On a real local level and with low annual membership cost comes the successful village forums and area associations. Something for everyone, in most cases businesses will belong to one or two (even if it is prohibited by the few!). Find out more by Googling "Business Association in (village name)" or call 01622 820841 for more information.

Alan Reading is an award winning designer, has judged more than his fair share of design awards, hosted breakfasts, lunches, dinners, dinner dances, balls and networking events, compéred fashion shows, radio programmes and appeared on TV more than once, frequently on behalf of clients. He has presented for Business Link, Enterprise Agencies, Chambers of Commerce, at conferences and seminars for The Newspaper Society, the Association of Free Newspapers, The British Hardware Federation, for training and marketing companies on starting, promoting and marketing business.

Alan is a business minded Designer (past President - and Chairman - of 3 Chambers in Kent) running his own business - Custom Marketing Resources (01622 820841) - since 1994. Alan organises The Lenham Valley Business Association www.lenhambusiness.co.uk where he markets and presents the monthly network meetings. He is also chair of the central committee. LVBA has an annual 64 page business directory. For South Maidstone Business Association - see www.maidstonebusiness association.co.uk

As if he hasn't taken on enough with his community spirit he is now chairman of Maidstone Tourism Association. www.maidstonetourism association.co.uk

You will learn even more about him - and see what his customers say - on his website http://www.cmr-group.co.uk He is willing to provide free advice by phone too - even about websites.

Register with CMR by email today - there's always something new to hear. creative@cmr-group.co.uk 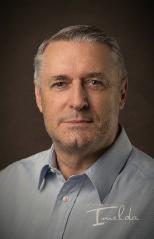